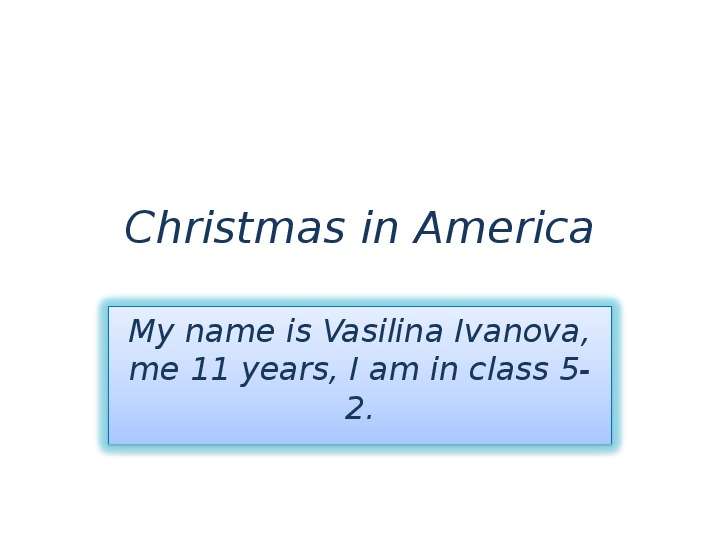 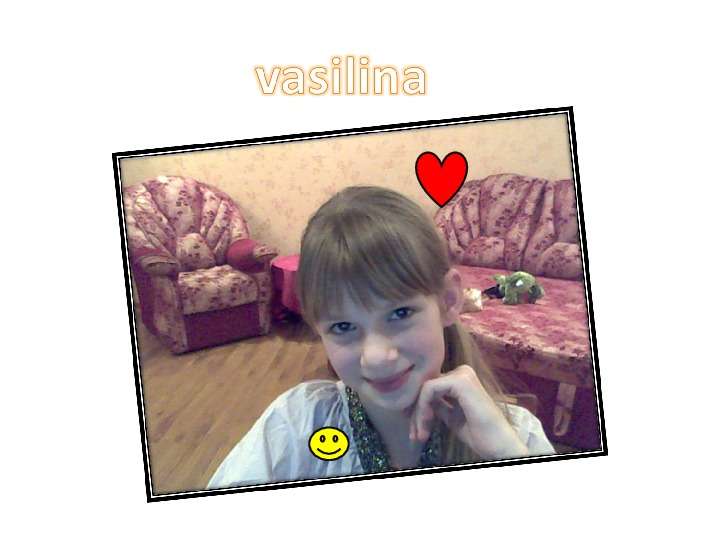 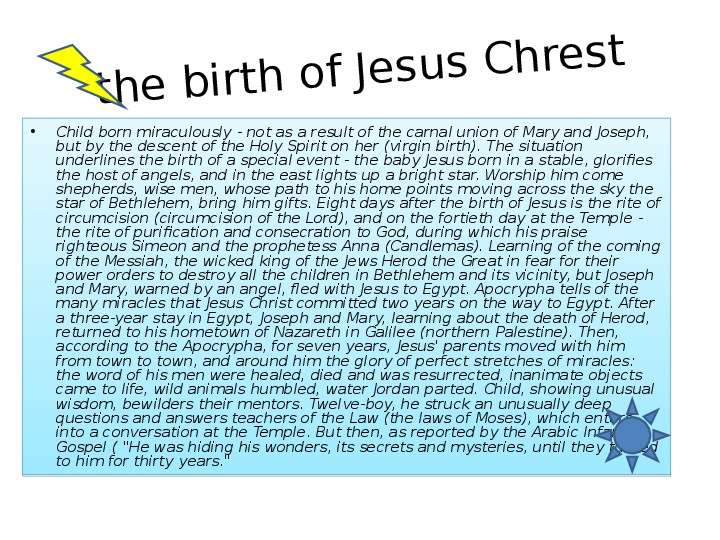 Рис.3 the birth of Jesus Chrest Child born miraculously - not as a result of the carnal union of Mary and Joseph, but by the descent of the Holy Spirit on her (virgin birth). The situation underlines the birth of a special event - the baby Jesus born in a stable, glorifies the host of angels, and in the east lights up a bright star. Worship him come shepherds, wise men, whose path to his home points moving across the sky the star of Bethlehem, bring him gifts. Eight days after the birth of Jesus is the rite of circumcision (circumcision of the Lord), and on the fortieth day at the Temple - the rite of purification and consecration to God, during which his praise righteous Simeon and the prophetess Anna (Candlemas). Learning of the coming of the Messiah, the wicked king of the Jews Herod the Great in fear for their power orders to destroy all the children in Bethlehem and its vicinity, but Joseph and Mary, warned by an angel, fled with Jesus to Egypt. Apocrypha tells of the many miracles that Jesus Christ committed two years on the way to Egypt. After a three-year stay in Egypt, Joseph and Mary, learning about the death of Herod, returned to his hometown of Nazareth in Galilee (northern Palestine). Then, according to the Apocrypha, for seven years, Jesus' parents moved with him from town to town, and around him the glory of perfect stretches of miracles: the word of his men were healed, died and was resurrected, inanimate objects came to life, wild animals humbled, water Jordan parted. Child, showing unusual wisdom, bewilders their mentors. Twelve-boy, he struck an unusually deep questions and answers teachers of the Law (the laws of Moses), which enters into a conversation at the Temple. But then, as reported by the Arabic Infancy Gospel ( "He was hiding his wonders, its secrets and mysteries, until they turned to him for thirty years. " 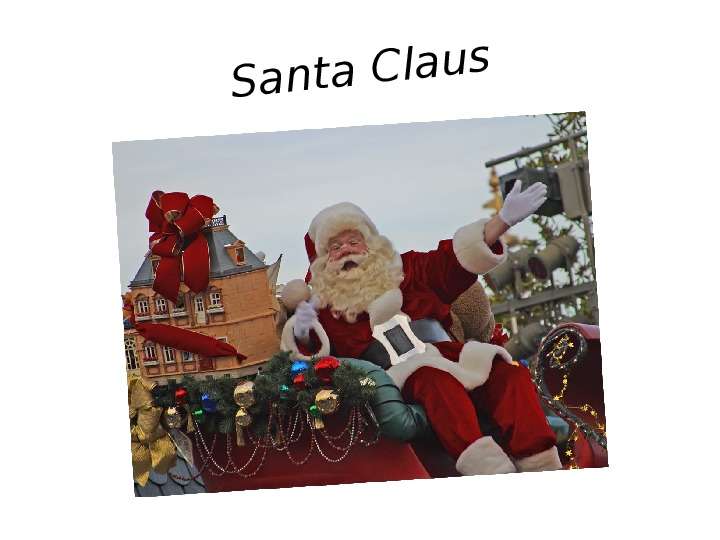 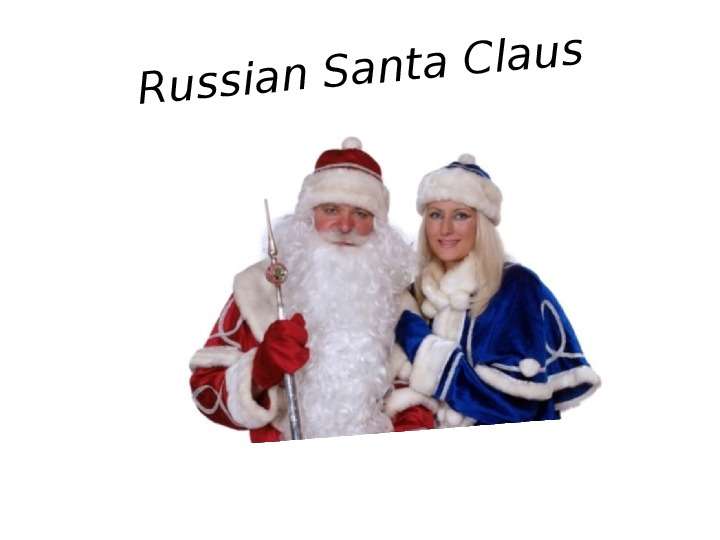 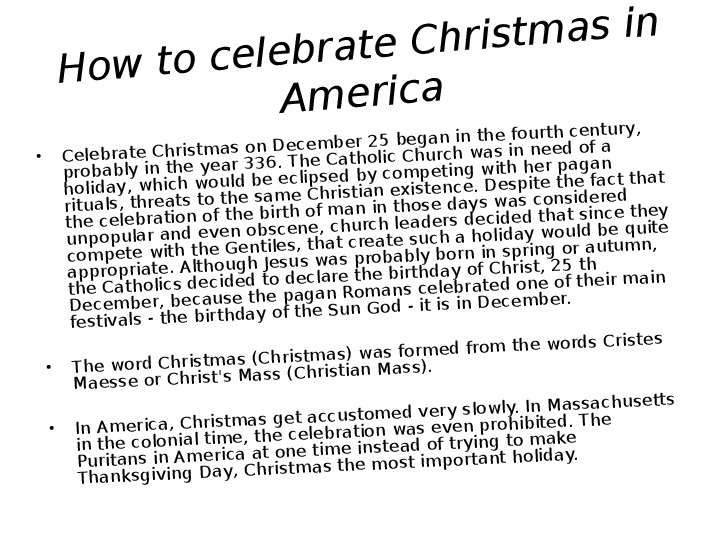 Рис.6 How to celebrate Christmas in America Celebrate Christmas on December 25 began in the fourth century, probably in the year 336. The Catholic Church was in need of a holiday, which would be eclipsed by competing with her pagan rituals, threats to the same Christian existence. Despite the fact that the celebration of the birth of man in those days was considered unpopular and even obscene, church leaders decided that since they compete with the Gentiles, that create such a holiday would be quite appropriate. Although Jesus was probably born in spring or autumn, the Catholics decided to declare the birthday of Christ, 25 th December, because the pagan Romans celebrated one of their main festivals - the birthday of the Sun God - it is in December. The word Christmas (Christmas) was formed from the words Cristes Maesse or Christ's Mass (Christian Mass). In America, Christmas get accustomed very slowly. In Massachusetts in the colonial time, the celebration was even prohibited. The Puritans in America at one time instead of trying to make Thanksgiving Day, Christmas the most important holiday. 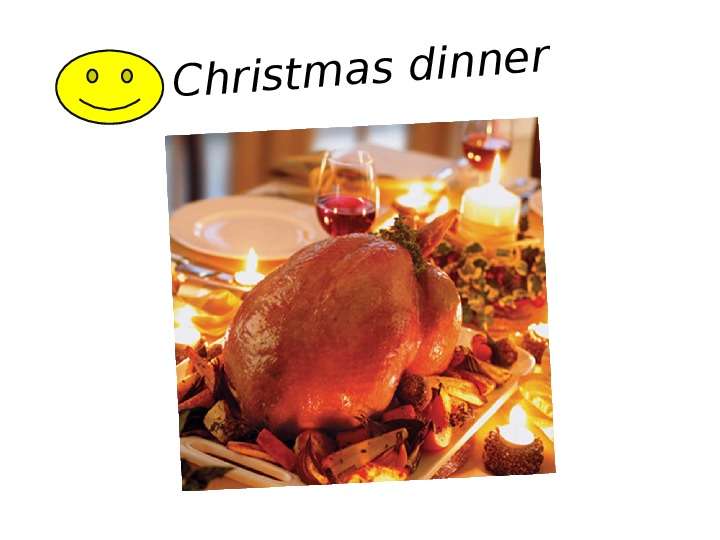 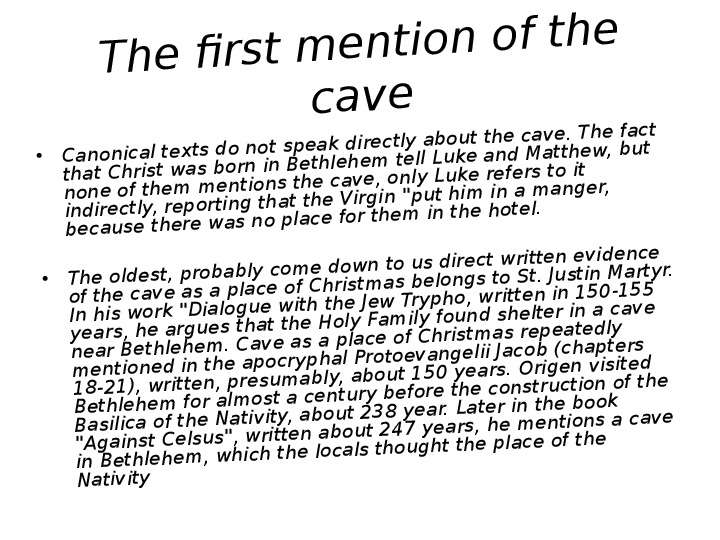 Рис.8 The first mention of the cave Canonical texts do not speak directly about the cave. The fact that Christ was born in Bethlehem tell Luke and Matthew, but none of them mentions the cave, only Luke refers to it indirectly, reporting that the Virgin "put him in a manger, because there was no place for them in the hotel. The oldest, probably come down to us direct written evidence of the cave as a place of Christmas belongs to St. Justin Martyr. In his work "Dialogue with the Jew Trypho, written in 150-155 years, he argues that the Holy Family found shelter in a cave near Bethlehem. Cave as a place of Christmas repeatedly mentioned in the apocryphal Protoevangelii Jacob (chapters 18-21), written, presumably, about 150 years. Origen visited Bethlehem for almost a century before the construction of the Basilica of the Nativity, about 238 year. Later in the book "Against Celsus", written about 247 years, he mentions a cave in Bethlehem, which the locals thought the place of the Nativity 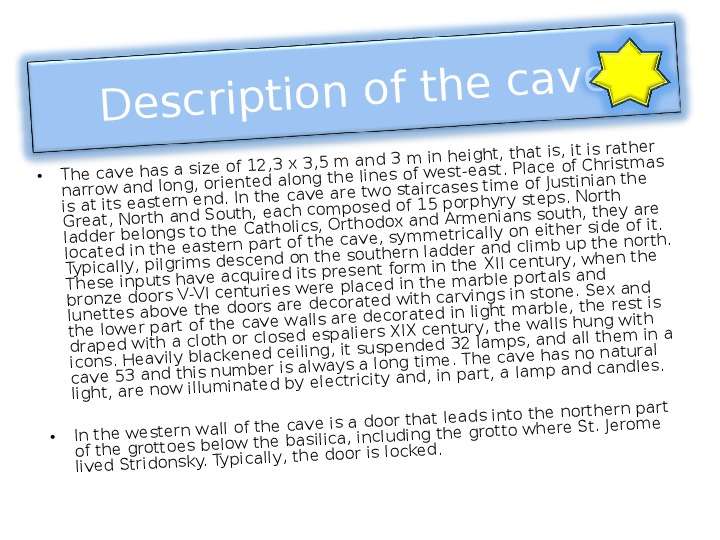 Рис.9 The cave has a size of 12,3 x 3,5 m and 3 m in height, that is, it is rather narrow and long, oriented along the lines of west-east. Place of Christmas is at its eastern end. In the cave are two staircases time of Justinian the Great, North and South, each composed of 15 porphyry steps. North ladder belongs to the Catholics, Orthodox and Armenians south, they are located in the eastern part of the cave, symmetrically on either side of it. Typically, pilgrims descend on the southern ladder and climb up the north. These inputs have acquired its present form in the XII century, when the bronze doors V-VI centuries were placed in the marble portals and lunettes above the doors are decorated with carvings in stone. Sex and the lower part of the cave walls are decorated in light marble, the rest is draped with a cloth or closed espaliers XIX century, the walls hung with icons. Heavily blackened ceiling, it suspended 32 lamps, and all them in a cave 53 and this number is always a long time. The cave has no natural light, are now illuminated by electricity and, in part, a lamp and candles. In the western wall of the cave is a door that leads into the northern part of the grottoes below the basilica, including the grotto where St. Jerome lived Stridonsky. Typically, the door is locked. 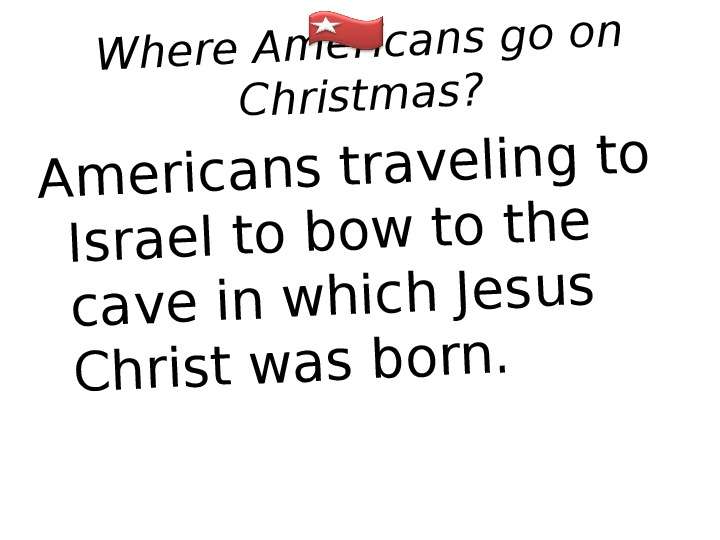 Рис.10 Where Americans go on Christmas? Americans traveling to Israel to bow to the cave in which Jesus Christ was born. 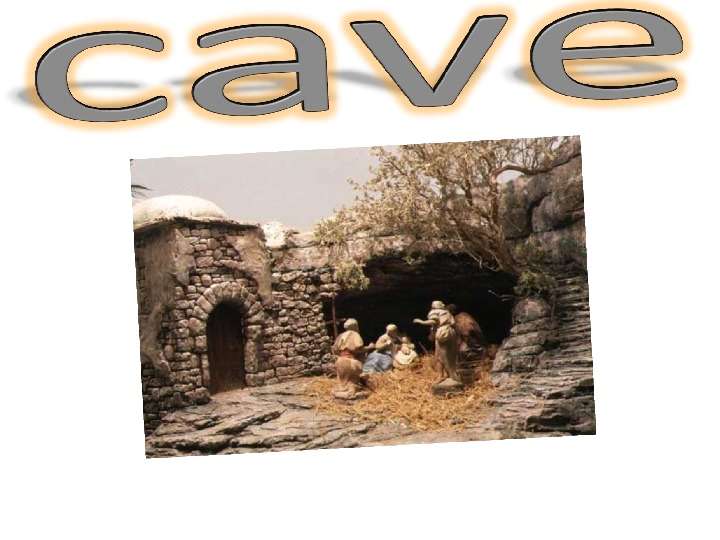 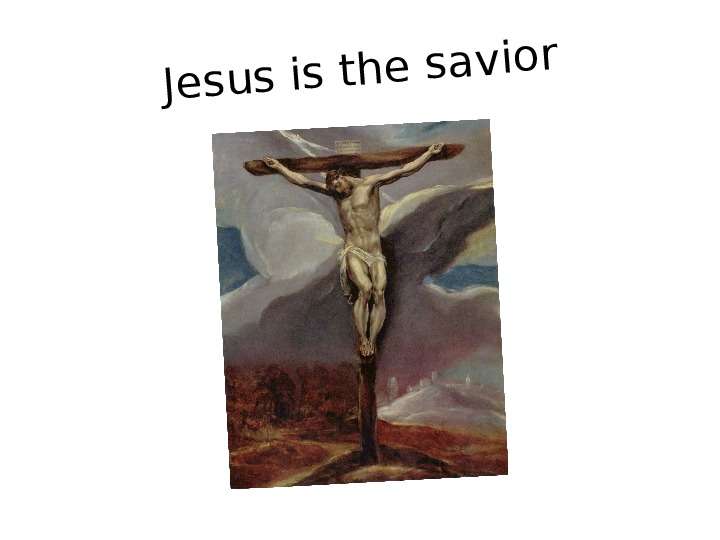 Рис.12 Jesus is the savior 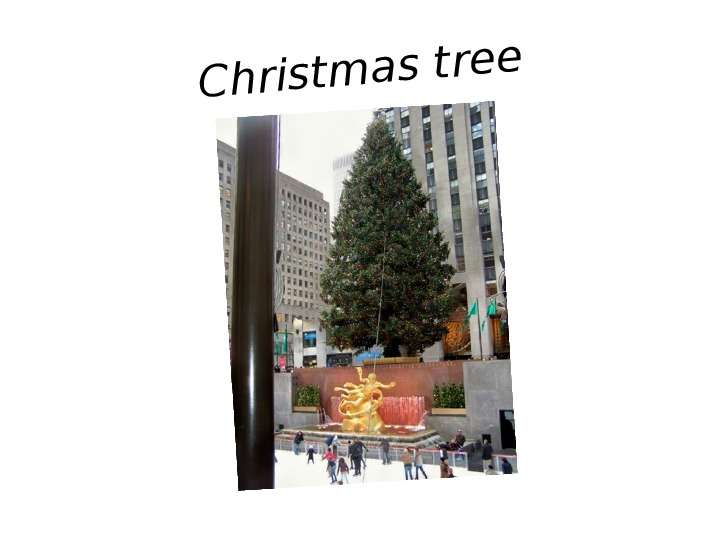 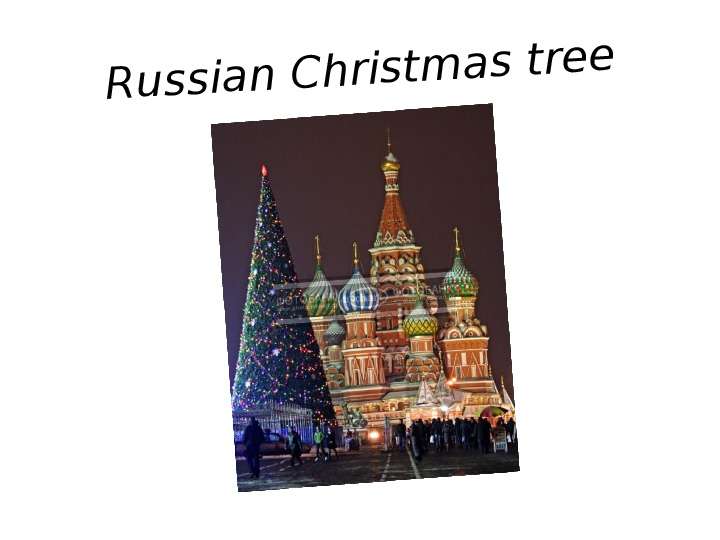 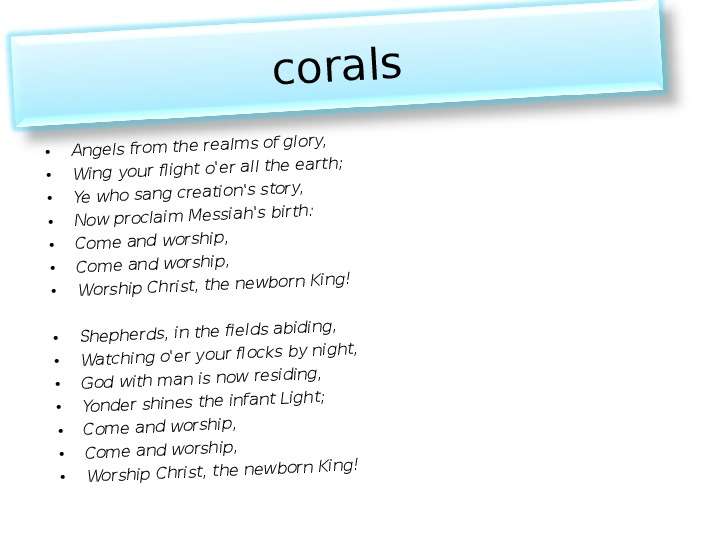 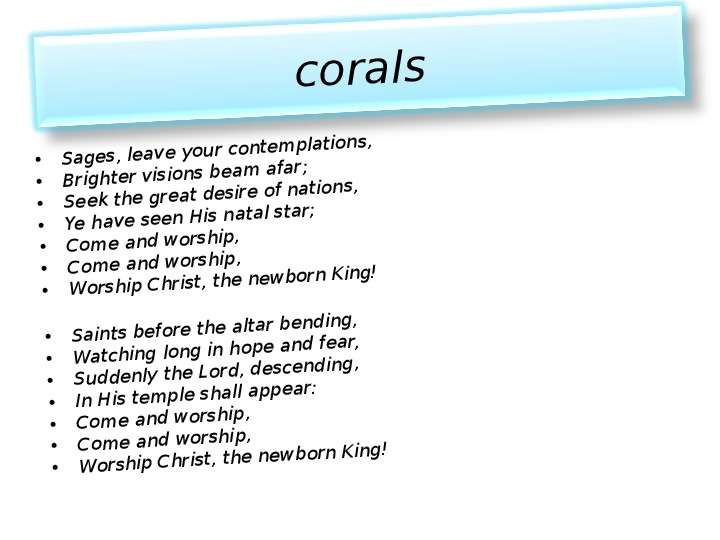 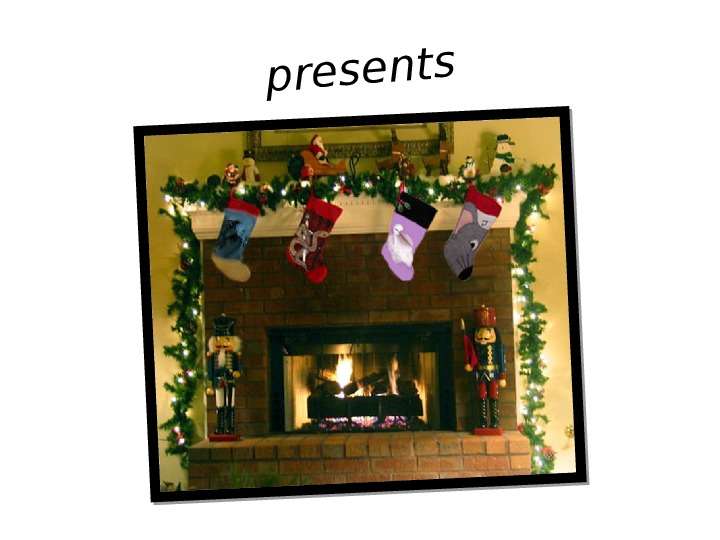 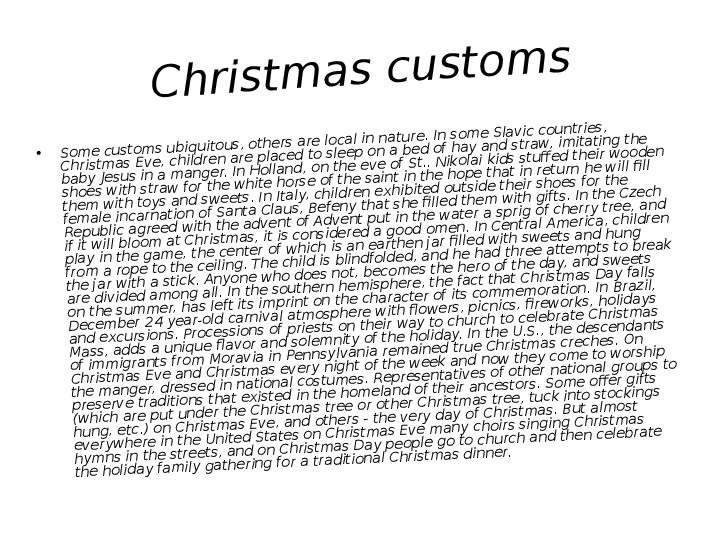 Рис.18 Christmas customs Some customs ubiquitous, others are local in nature. In some Slavic countries, Christmas Eve, children are placed to sleep on a bed of hay and straw, imitating the baby Jesus in a manger. In Holland, on the eve of St. . Nikolai kids stuffed their wooden shoes with straw for the white horse of the saint in the hope that in return he will fill them with toys and sweets. In Italy, children exhibited outside their shoes for the female incarnation of Santa Claus, Befeny that she filled them with gifts. In the Czech Republic agreed with the advent of Advent put in the water a sprig of cherry tree, and if it will bloom at Christmas, it is considered a good omen. In Central America, children play in the game, the center of which is an earthen jar filled with sweets and hung from a rope to the ceiling. The child is blindfolded, and he had three attempts to break the jar with a stick. Anyone who does not, becomes the hero of the day, and sweets are divided among all. In the southern hemisphere, the fact that Christmas Day falls on the summer, has left its imprint on the character of its commemoration. In Brazil, December 24 year-old carnival atmosphere with flowers, picnics, fireworks, holidays and excursions. Processions of priests on their way to church to celebrate Christmas Mass, adds a unique flavor and solemnity of the holiday. In the U. S. , the descendants of immigrants from Moravia in Pennsylvania remained true Christmas creches. On Christmas Eve and Christmas every night of the week and now they come to worship the manger, dressed in national costumes. Representatives of other national groups to preserve traditions that existed in the homeland of their ancestors. Some offer gifts (which are put under the Christmas tree or other Christmas tree, tuck into stockings hung, etc. ) on Christmas Eve, and others - the very day of Christmas. But almost everywhere in the United States on Christmas Eve many choirs singing Christmas hymns in the streets, and on Christmas Day people go to church and then celebrate the holiday family gathering for a traditional Christmas dinner. 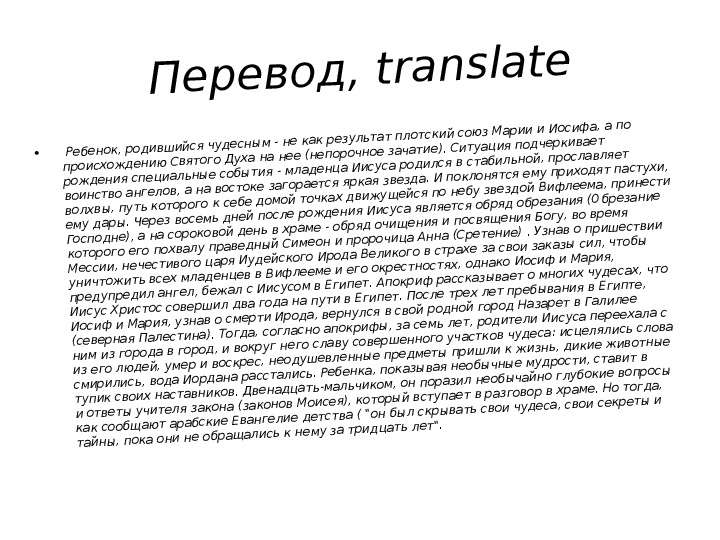 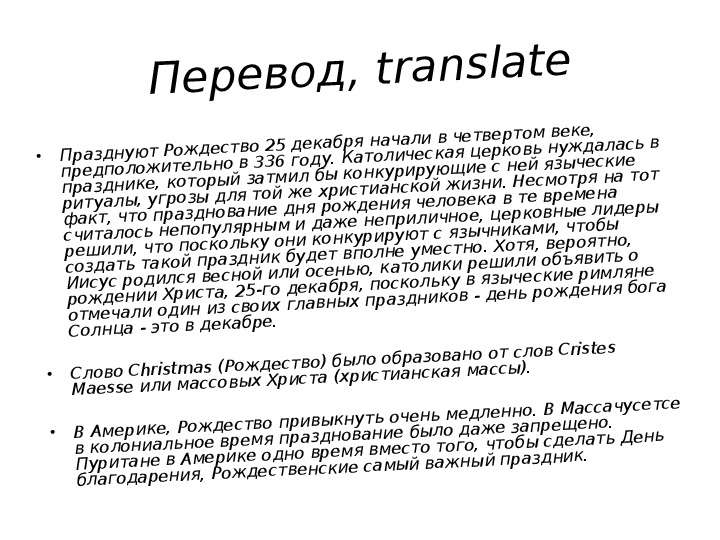 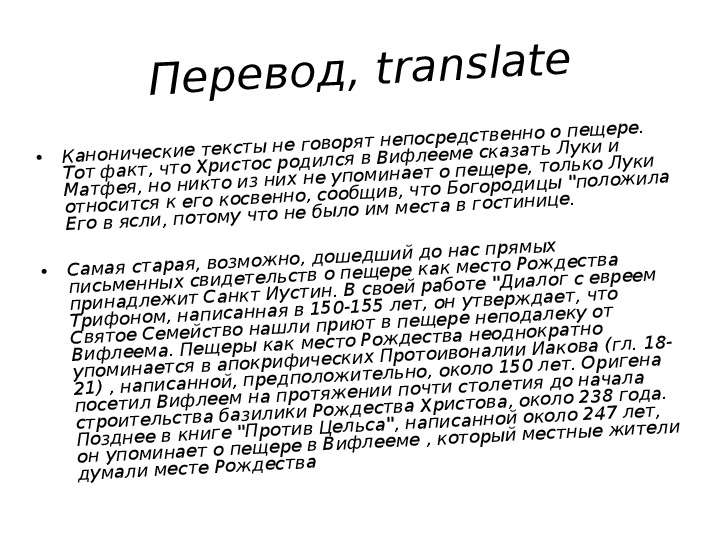 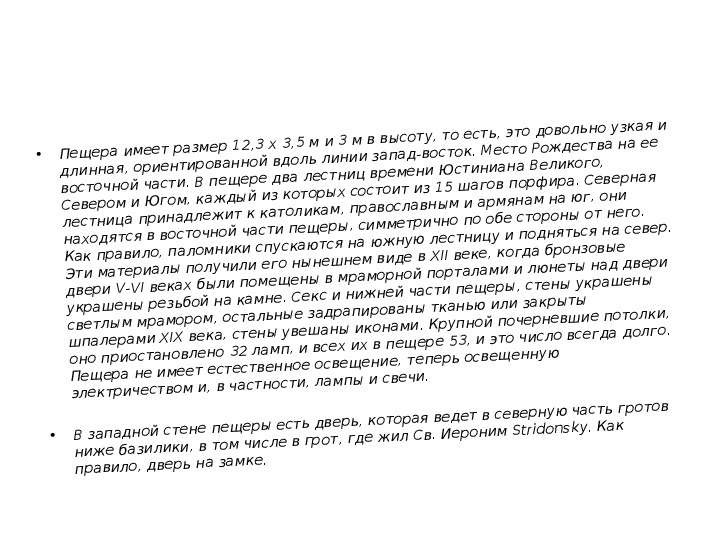 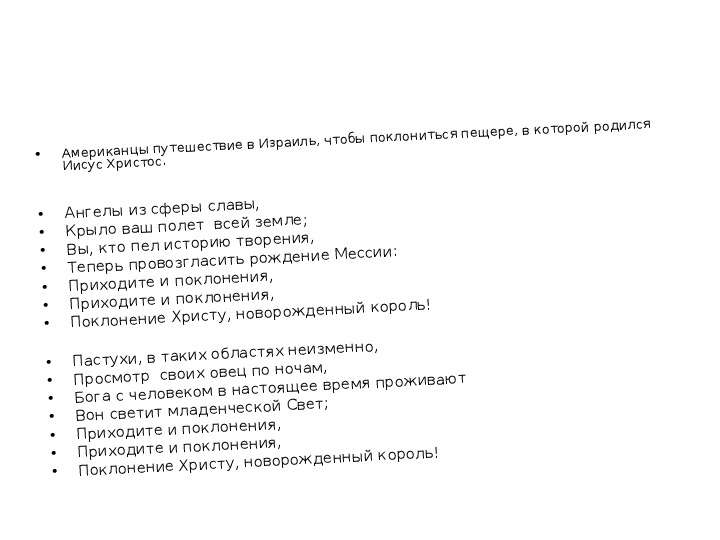 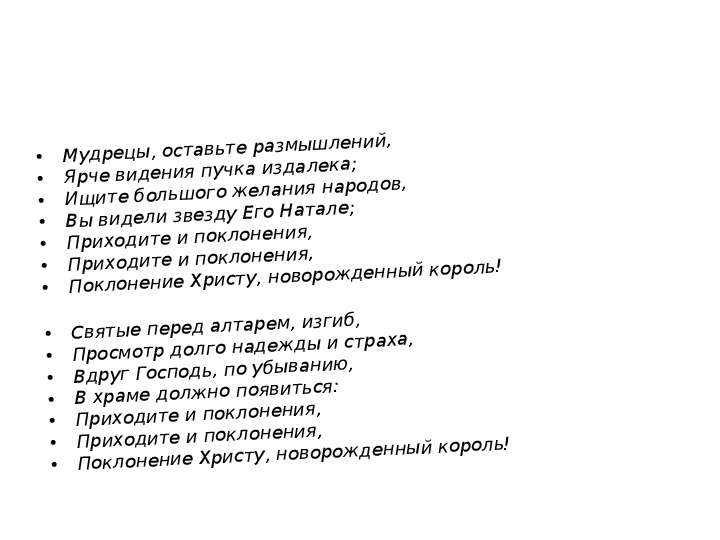 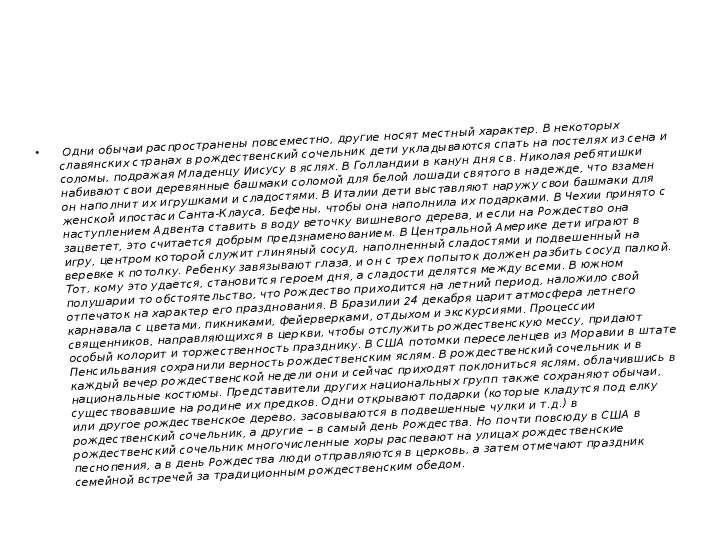